In October 2021, I got my first pull request in a major open-source project merged. Here's what happened, and how I did it -

Meilisearch is a "powerful, fast, open-source, easy to use and deploy search engine. Both searching and indexing are highly customizable. Features such as typo-tolerance, filters, and synonyms are provided out-of-the-box".

To put it simply, Meilisearch allows you to implement fast search at scale, and does it in Rust. Take a look at this GIF and see it in action. It's safe to say it blew my mind the first time around.

What was the Issue?

Meilisearch has a browser-accessible dashboard that helps you test the implementation as and when you install it. This dashboard is usually how most people first interact with Meilisearch, and it's where the demo GIF comes from. Given the above, it's easy to understand why it's a critical user-experience component of the application.

I, on the other hand, was (and still am) a curious rustacean looking to better my knowledge, so I was naturally interested when I saw this issue open with the good first issue label. I jumped at the chance to figure this out, and then I cloned the repository. It's the largest codebase I've interacted with, and I was naturally somewhat intimidated by what was going on.

This repository didn't deal with the core implementation of search - that's taken care of by milli - to quote, "The code in this repository is only concerned with exposing the HTTP API, managing multiple indexes, and handling the update store".

After I cloned it, I got started with trying to fix this error. There were no error messages while this project ran, which meant that this bug would be harder to sniff out.

All I had to start with were a bunch of errors in the browser console.

From my experience with frameworks such as Django and Flask, This usually meant some file wasn't being served properly. Here's what I did to dig a little deeper - 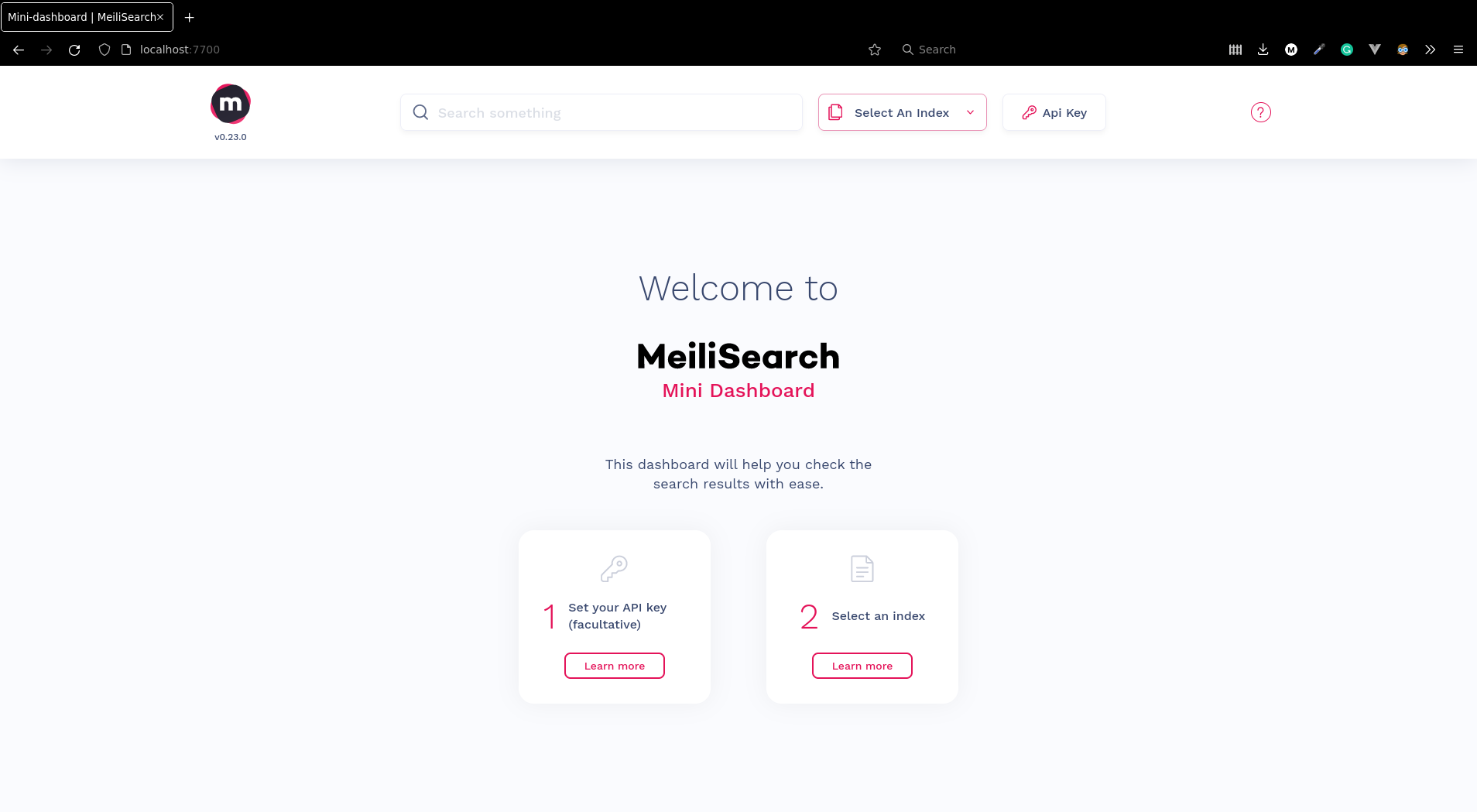 Why did this change work?

Given I haven't explored Actix in depth, I'm probably not the best person to answer this question, but if I had to take a guess, I'd say it has to do with how Actix internals decided route registration for static assets should take place. It also probably calls for special handling of the index page at /, and this caused the issue.

I'll be back with more information on this when I've learnt more!

This was my first contribution of any sort to a major open-source project, and I'm glad it was a Rust project! It's a really cool language, and I'm glad I got to learn more about it. The maintainers were super nice, and this made me feel welcome! I was happy when this PR got merged, and have, since then, felt a little more confident about my ability to navigate large codebases which I have no familiarity with. This was fun!

I look forward to contributing to more, larger open-source projects!